All I Have To Do Is Dream

You Ain't Livin' Til

What Does It Take

Living In The Past 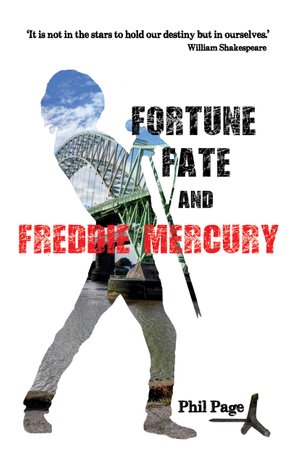 On December 12th 1969 I attended our school Christmas concert and saw Freddie Bulsara (Mercury to be) perform his final gig with his first band Ibex.

In September 1969 I started my final year of the 6th Form at Wade Deacon Grammar School for Boys in Widnes, Cheshire. My life centred round rock music, finding myself after a broken relationship, and an obsession with the forces of Fate and Chance which determined the life of my literary heroine, Tess Durbeyfield.

Over summer my friends in a local blues band, ‘Ibex’, left school in the hope that a move to London would boost their rock careers. John ‘Tupp’ Taylor, Mike Bersin and Mick ‘Miffer’ Smith headed south where, after a series of average gigs, they met a young, unknown singer, Freddie Bulsara , who was  looking for a band to kick-start his own career in the music business.

Three months later Freddie had left and had joined ’Smile’ which featured  Roger Taylor and Brian May. ‘Ibex’ ( now named 'Wreckage’ by Freddie) had played what was to be their final gig at our school     ( booked by pupil Jean Taylor, the sister of bassist John) A  few weeks later they disbanded, their dreams shattered, with a realisation that Blues was dead and making way for the  new musical flamboyance of the Seventies.

I wanted to write a semi-fictional story set in Widnes in which the actual events  of Ibex’s demise feature as a back story to events surrounding the teenage members of ’Moonshine’, the band who were determined to step in and replace them on the Widnes music scene. The story of both bands runs in parallel through a tale of tangled friendships, love triangles, and Hardyesque battles with Fate, set against the background of the final autumn term of the sixth form.

Listen to Ibex perform Jailhouse Rock at the Sink Club on September 9th 1969.

With A Little Help

LISTEN TO THE MUSIC

Goin Up The Country

Who Knows Where The Time Goes

Something in the Air